On Friday, April 12, 2019 we started the BLUMENBUNT fundraising campaign 2019: "We crochet and knit 150 dolls + 150 teddy bears and sponsor the dairy cow »Betty Blumenbunt« for RRAChild in Namaganda/Uganda.

The 150 dolls and 150 teddy bears that we will crochet and knit for the schoolchildren of the "Visionary Learning Centers" (VLC) in Uganda will be made according to the three new instructions EDDY, TRACY and HABIBA.
All the donation dolls and bears that we will receive by 31 October 2019 will be sent to the organisation in Uganda..

From the donation share from the sale of the manuals as well as from further donations we will fulfill a Christmas wish for the founder of the "Visionary Learning Center", Eddy Kaliisa: Eddy wanted a dairy cow for his school, which will contribute to the nutrition of the currently 300 schoolchildren.

But you can also buy the manual without taking part in the campaign with a doll or a teddy bear - by buying the manual you have already made a financial contribution. If you would like to contribute to the financing of the dairy cow "Betty Blumenbunt" independently of the purchase of the donation instructions, please contact us in advance.

The instructions for this donation campaign EDDY, TRACY and HABIBA are constantly supplemented by additional instructions for matching clothing and hairstyles, which are usually available free of charge here in the BLUMENBUNT shop and in the Facebook group »BLUMENBUNT Puppen und andere Handarbeiten«.

Here you can find the conditions of participation, which you can read in advance if you want to take part in the fundraising campaign. 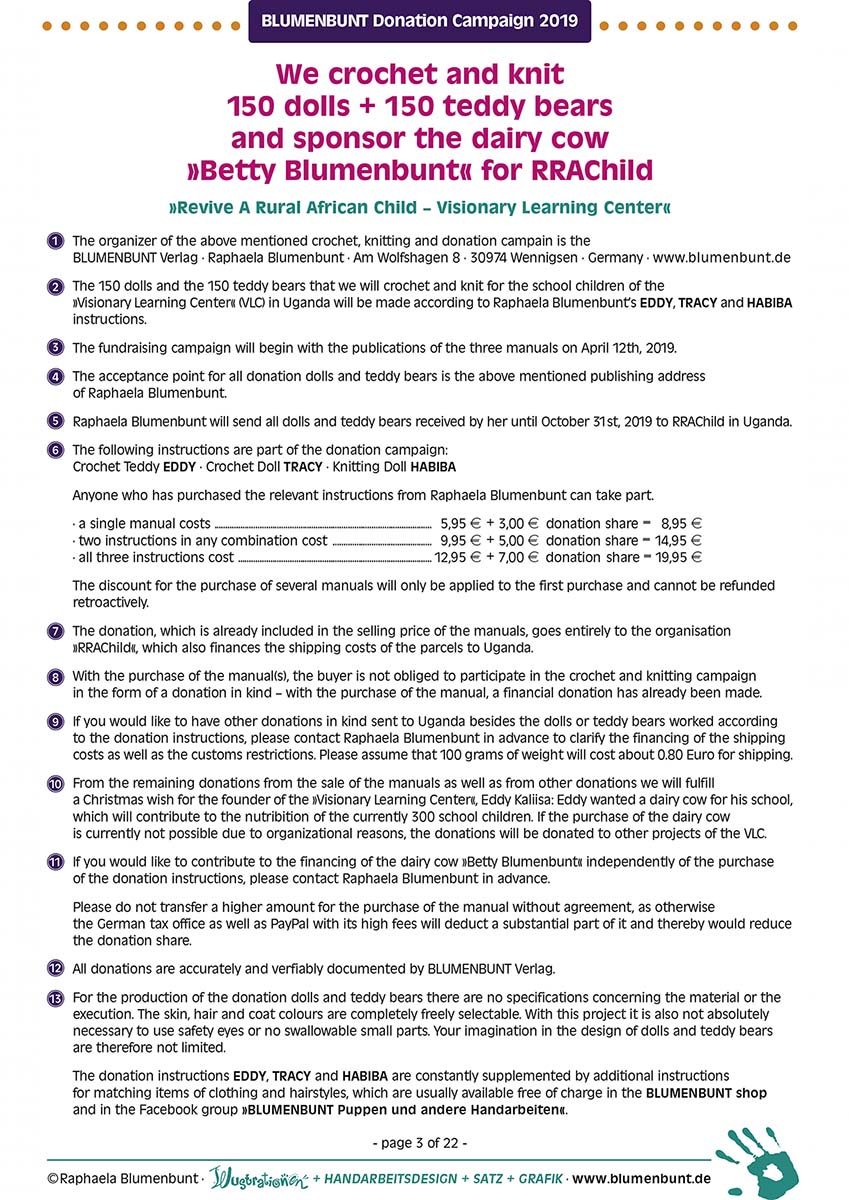