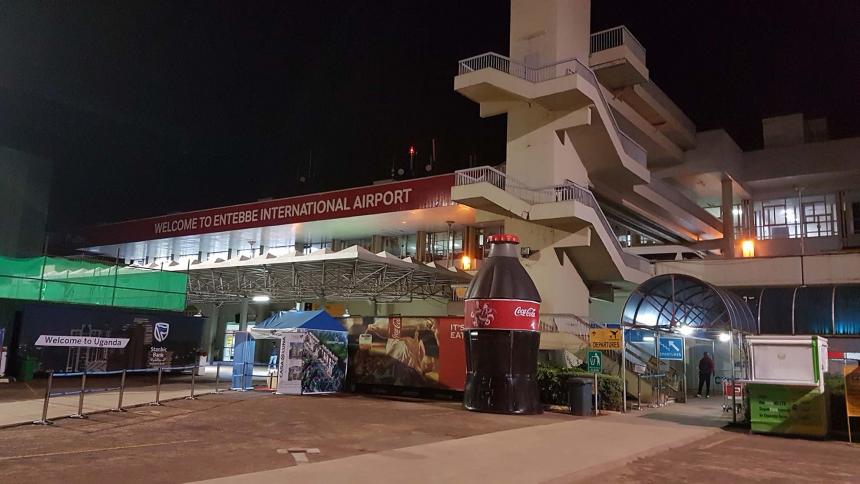 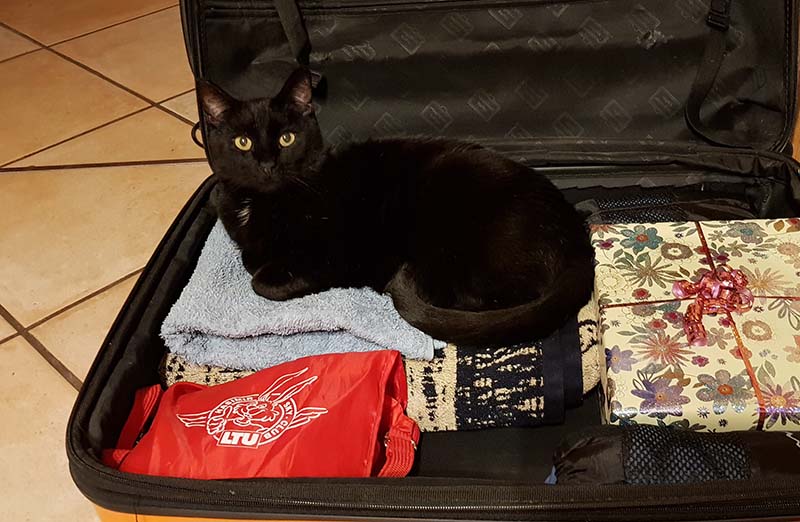 Steinkrug, 13. 11. 2019 (Deutsch): Obviously not everyone here agrees with our departure. However, the remaining black man will continue to be well taken care of for the next few weeks.

It's not even a year ago that Ina's short Facebook comment opened a door that had been open for a long time and triggered one of the greatest projects of our lives. A short time later we were in contact with Eddy Kaliisa, dthe founder of the "Visionary Learning Centers" (VLC), and we have a godchild, little Habiba. 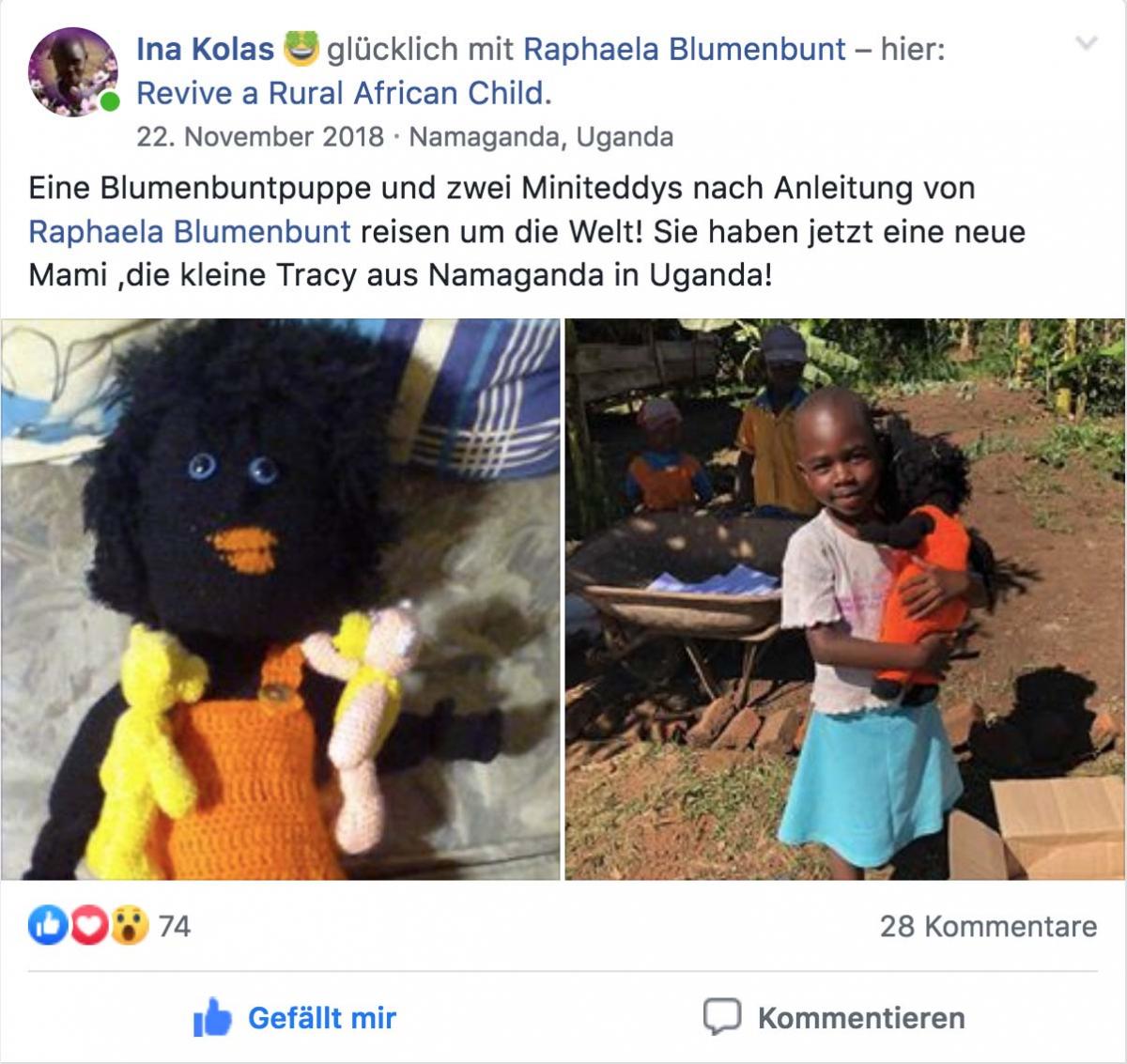 We saw right from the start that this project in is special, which is run with a lot of commitment and personal dedication. Without any big organization behind it, only supported by Eddy Kaliisa's income and private donations from all over the world, a school for over 200 children was built in a very rural area about 150 km from Uganda's capital Kampala. Among them are several orphans and children abandoned by their families. In addition, children in Kibuki and in the Amuri district in the north are also being supported.

Such a great campaign simply has to be supported, and so the Blumenbunt fundraising campaign 2019 was launched. Eddy's biggest wish was a milk cow for the children of the school. So three new instructions were created, a teddy and two dolls (crocheted / knitted). The teddy bears and dolls should be for the children, so that not always only the quite few children with godparents get presents. The idea behind it was also to create a connection between the hard-working donation knitters and crocheters and the children in Africa beyond the donations. 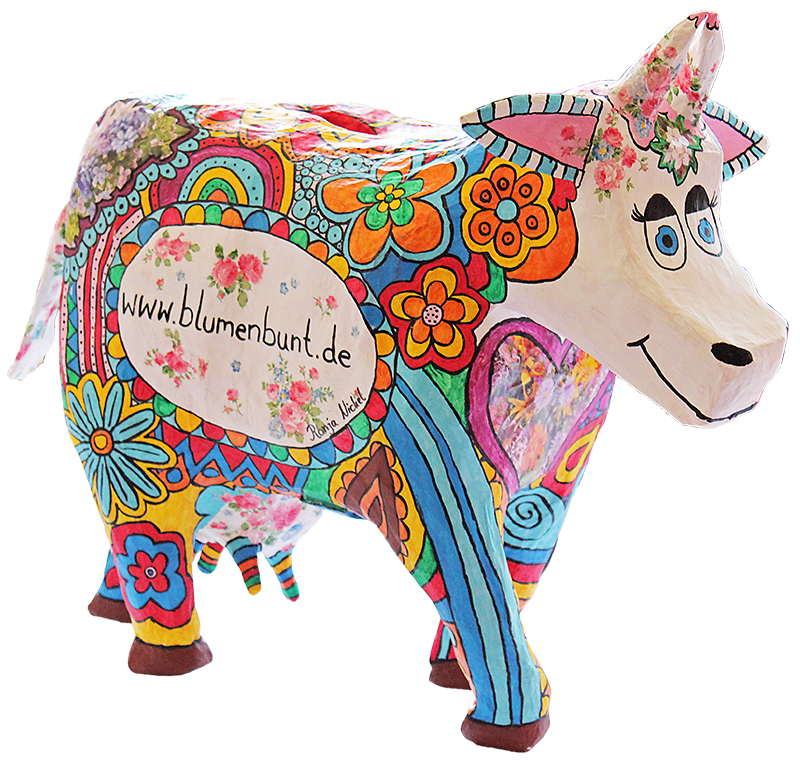 Just as quickly the idea was born at the beginning of 2019 to hand over the teddy bears and dolls, and hopefully also the milk cow Betty Blumenbunt, personally and ceremoniously in Namaganda/Uganda. Without thinking about it, we must do the job properly now. Especially since dear Ina was also there immediately. Then the flight was also very cheap, so we booked without further ado!

Oh dear. What have we done to...? Not that our enthusiasm for the journey has given way to doubt. Rather, an explosive mixture of euphoria and sheer fear arose, which increased more and more - in both directions - the closer our departure date came. But now we have no way out of it.

Fortunately, in the last days before departure, curiosity and joy about Eddy and the children have taken the upper hand. And so we are all in all quite optimistic at the airport of Hannover, waiting for the departure. 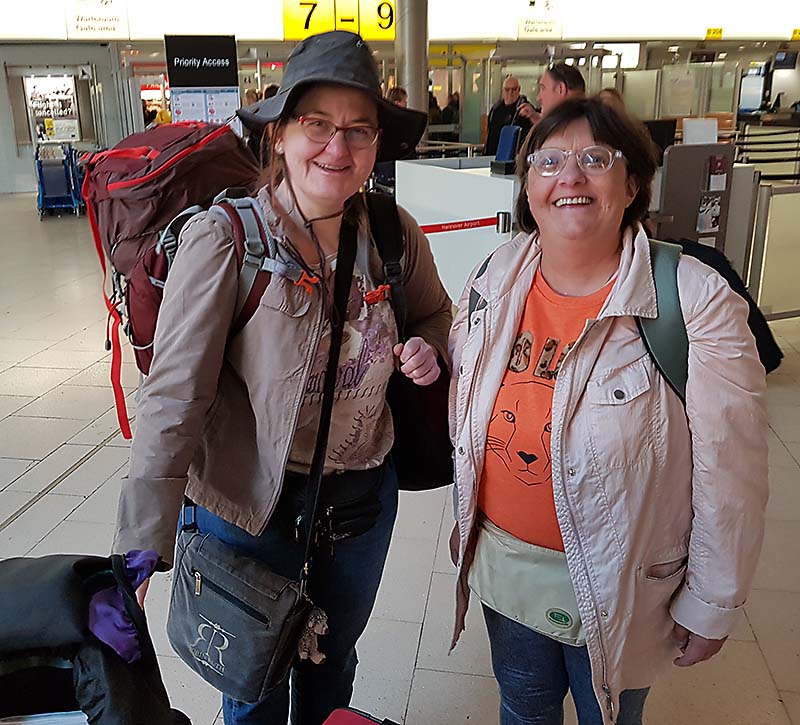 Although we had to get up early, we reach the stopover in Istanbul without sleep or real rest. We are simply too excited. The international airport is really huge. Felt, the plane takes just as long from landing to the gate as the actual flight. And the three hours stay is also needed to reach the right departure gate on foot through the endless huge corridors. 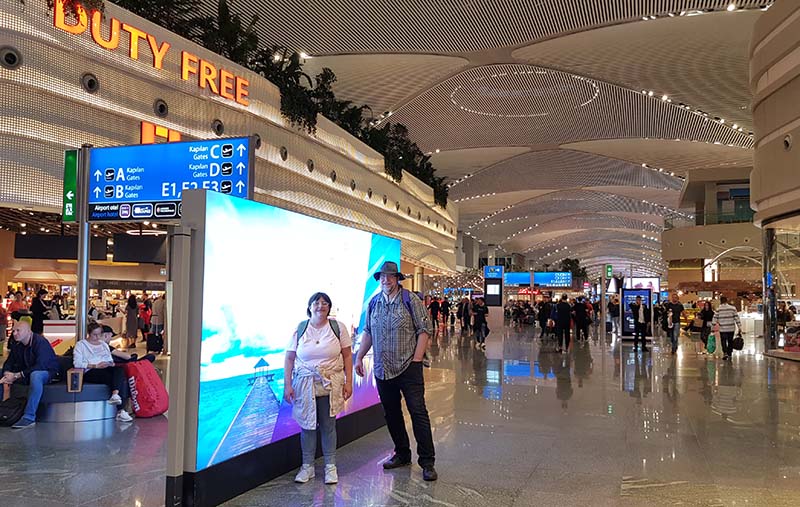 he onward flight via Kigali in Rwanda to Entebbe in Uganda continues without incident. And also without sleep. But we are happy that Eddy and his father will pick us up in Entebbe in the early morning hours. The plane is due to land at 3:55. Since we expect delays and also expect that the entry with all visa, customs and other controls will take at least an hour, we have ordered them for 5:30 am. Then they don't have to wait that long
...

The plane even arrives at Entebbe a good bit earlier. And although the immigration officer looked at Raphaela so grimly that she wanted to turn around and go home again, the clearance was quite fast. Even our luggage was completely with us faster than on many a European holiday trip.

Only for the last step out of the arrival area we got a short introduction into the African mentality. All luggage (incl. hand luggage) has to be put on a conveyor belt before leaving the arrival area, so that it is X-rayed again. It is not clear if anybody at all looks at these x-rays. But no matter, everybody has to go through. In front of us, an Indian extended family struggled with their luggage masses and made sure that the inspection apparatus was 100% utilized. We got in a good queue behind it, as well as some other travellers. This creates free space to the right and left of the snake and the device. And there is simply no such thing in Africa. Free space is used immediately, even if it cannot go on at all. We will encounter this principle often in the next three and a half weeks.

So a lot of travellers pushed past us from behind - first of all an employee of the airport - and loaded the conveyor belt additionally from the side. Of course we also took part, we want to integrate ourselves. As a result, the wildly jumbled pieces of luggage got jammed up, unsurprisingly, and had to be put in order again. And because the suitcases no longer leave the back of the plane sorted by passengers, there is more turmoil than necessary. At that moment we realize, we are there – hello Africa!

But no matter how big the chaos is, everything more or less takes care of itself. And nobody gets upset (except maybe the white tourists). With a lot of patience and calmness such difficulties disappear much faster than you think. In spite of grim officials and a chaos of suitcases, we were just half an hour after landing outside the airport in the "Meet and Greet" area. Great planning - Eddy won't be here for an hour and a half, and all around us there are dark figures lurking friendly... 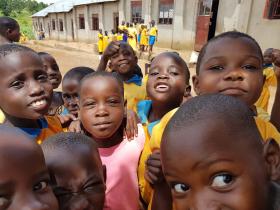 Uganda-Report 2019 – one day in the Visionary Learning Center 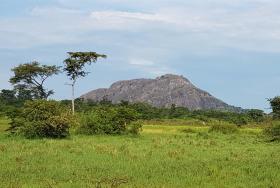 Uganda-Report 2019 – Excursion to the White Nile